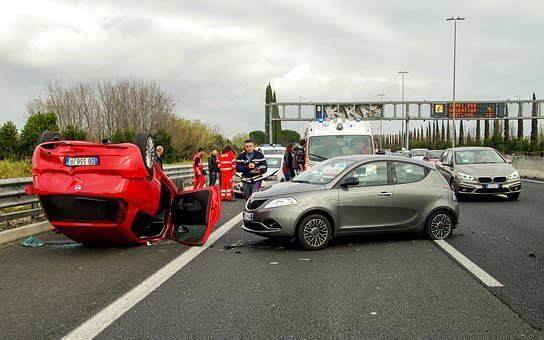 In this segment, we will discuss some recent cases including the incompetence of passengers. We will discuss any specific situations that may lead to an injury and a passenger is held responsible for the accident. If you stuck such kind of situation, you must take advice from Personal injury lawyers. This essay offers a description of some of the judgments placed before the courts in regards to this unique problem.

When A Passenger Is Considered Liable For Car Accident Injuries?

Most collisions involving motor vehicles are mostly caused by negligent drivers. The several injuries that occur in Ontario involve common problems like reckless driving, speeding, fatigue, general disregard for road laws, and impaired driving. However, some situations are there where a passenger is held responsible absolute or partial for the crash. Injured victims then consider making a  lawsuit against the passenger.

He McKay v. Park is a clear example of the commuter lawsuit.  In this case, the passenger is entirely responsible for the motor vehicle crash, the defendant’s driver, Park requested to dismissed the injury lawsuit against her. Their attorneys argued that they had a point and that the passenger and the co-accused, Giancarlo Hnatiuk, then came to take the steering wheel from Park, the driver. In the final analysis, the driver of the second car was injured, and as a complainant, he sued both Park and Hnatiuk for his personal injuries.

The Ontario Court of Appeal however found that Park cannot be held accountable for the exercise because passenger Hnatiuk took charge of the car by wrestling the steering wheel away. Park’s car insurance was subsequently not held responsible to respond on behalf of the Hnatiuk passenger.

As previously mentioned, there is a concept in legislation that motor vehicle operators will be held accountable for this. Under the Highway Traffic Act of Ontario, the driver of the car has vicarious responsibility for negligence in the running of their vehicle. However, there are noteworthy exceptions that apply when the car was driven by a single party without the permission of the proprietor.

Moreover, TD (Toronto Dominion) the Park’s insurance firm even claimed that when she was moving, Ms. Park was negligent as he was doing an argument and making her distracted while driving. The judge dismissed this claim and concluded that the decision to take the steering wheel was not predictable and that she had no history of negligence. Therefore, when the appeal was rejected, the Lower Court’s decision to remit the lawsuit against Ms. Park remains.

The wonderful benefits that come with playing online poker games

Types Of Questions On The NAPLEX